Dr. Mark I. Stockman is the founder and director of the Center for Nano Optics at Georgia State University
“The center will unite a group of talented physics faculty that has been developing within the department for close to a decade,” says Dr. Stockman. “This center designation will allow us to unite our efforts and significant resources, providing a common vision and general plan for the continued development of our inventions.”
Dr. Stockman’s primary goals are to further develop the science of nano optics at the university and to increase awareness and funding for the field as well. He also wishes to enhance and encourage the teaching of nanosciences to enrich the education of students interested in this growing field.
More About Dr. Stockman

Making Atlanta and the US Safer 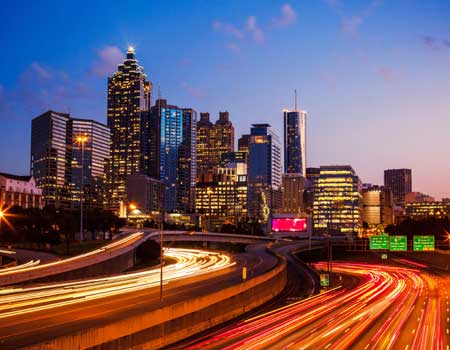 From bicycle lights to computers, all the way to applications within the department of defense, nanotechnology is used in everyday life. Brighter bicycle headlights, newer automotive headlights, magnetic hard drives and pregnancy tests all utilize the science of nanotechnology.

Dr. Mark Stockman, founder and director of the Center for Nano Optics (CeNO) argues that nanotechnology’s applications are practically limitless: “You can see bicyclists biking at night. They have small, very bright headlights. This appeared about five years ago. The source of light is the semiconductor, and metal nanoparticles help to extract light from the semiconductor. They contain nanoparticles of silver.”

Nanotechnology doesn’t just end at bicycle lights: Dr. Stockman and the CeNO team have also been named leaders of a $7.5 million U.S. Department of Defense Office of Naval Research Multidisciplinary University Research Initiative (MURI) grant which has allowed the CeNO to take strides in making Atlanta and the United States as a whole a safer place.